The Success of Lit San Leandro 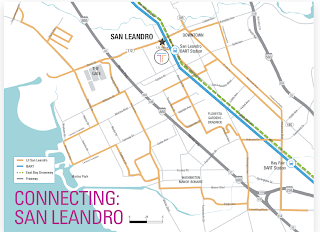 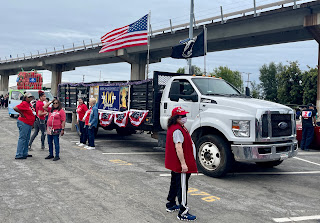 Thousands of San Leandrans came to Downtown San Leandro yesterday to celebrate the city’s 150th anniversary. The City organized a fun parade that highlighted the amazing diversity of our community. What most people do not know, however, is that the parade would have been the extent of the celebration. For the third consecutive year, the City declined to organize the traditional Cherry Festival. I understand why the festival was cancelled in 2020 and 2021. But once the City invited the public to attend a parade this year, we also should have had the Cherry Festival.   Thankfully a group of community leaders stepped forward. Members of the San Leandro Historical Society and others, including School Board Trustee Evelyn Gonzalez and her husband Juan, as well as the San Leandro Chamber of Commerce, saved the day.  All volunteers, these individuals spent countless hours planning and organizing a festival, called The Gathering, following the Cherry Parade. The Gathering was not the same a
Post a Comment
Read more

The Road to Hell is Paved with Good Intentions: Commentary on Proposed Repeal of Ban On Heavy Trucks on Highway 580

Here is a letter I sent to the San Leandro Times on the controversy over ending the prohibition on heavy trucks on Highway 580: If our own political leaders will not stand up for the people of San Leandro, who will? I thought of this question in light of Supervisor Nate Miley’s desire to repeal the state law banning heavy trucks from traveling on Highway 580 through San Leandro and East Oakland. Supervisor Miley is not acting in a vacuum. San Leandro City Councilmember Fred Simon has expressed strong support for ending the ban. In turn, Councilmembers Bryan Azevedo, Corina Lopez and Victor Aguilar backed a motion by Councilmember Simon earlier this year directing City staff to research the history of the Highway 580 truck ban and bring back to the City Council a discussion on whether the City should go on record advocating for its repeal. A wise person once said the road to hell is paved with good intentions. The proponents of ending the ban on heavy trucks on Highway 580 would sprea
Post a Comment
Read more

Should the ban on heavy trucks on Highway 580 be abolished? 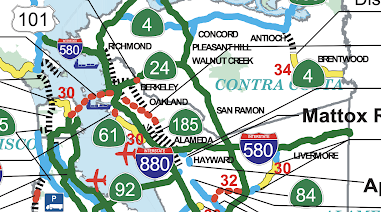 Update : The results of the poll were 84% No; 10% Yes and 6% Uncertain. When Highway 580 was constructed in the early 1960s, CalTrans and the Federal Highway Administration approved a prohibition on vehicles exceeding 4.5 tons, except for passenger vehicles, on the highway from Grand Avenue in Oakland through San Leandro. I have created a poll on the question of whether the ban should be abolished. You can find the poll on Next Door . Please share your opinion. According to CalTrans , this action was taken “because there was a pre-existing truck prohibition in this corridor before the freeway was built. Secondary issues included a four percent grade which would add to congestion and noise.” Since the 1950s, truck traffic had been prohibited on MacArthur Blvd. by the City of Oakland. In 1999, then Assemblymember Ellen Corbett introduced Assembly Bill 500, co-sponsored by other East Bay members of the Assembly and State Senate, that added the Highway 580 truck ban into the Californi
Post a Comment
Read more 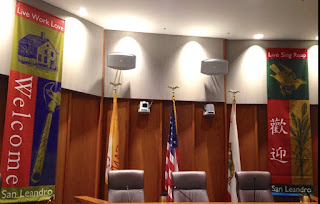 Here is a letter I sent this weekend to the San Leandro City Council concerning its failure to require City employees to be vaccinated. You can share your views with the Council on this matter by writing them at citycouncil@sanleandro.org ----- Dear Mayor and City Council - I understand the majority of the City Council has apparently decided not to impose a vaccine mandate for city employees purportedly because of the high vaccination rate of city workers and fear employees will quit their positions if compelled to receive a vaccine. Foregoing options available to the City for fighting Covid-19 is not the approach the City should take. We remain in peril from the coronavirus. As recently explained by Dr. Eric Topel , professor of molecular medicine, the U.S. is "miles from any semblance of Covid containment, facing winter and the increased reliance of being indoors with inadequate ventilation and air filtration, along with the imminent holiday gatherings." Policymakers, Dr.
Post a Comment
Read more 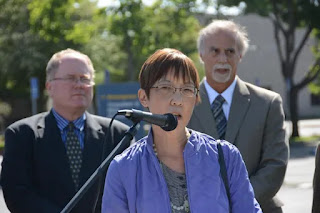 With the sudden and shocking death of Supervisor Wilma Chan, I wish to honor her memory and legacy. Incredibly intelligent and knowledgeable, Chan represented San Leandro (along with the City of Alameda and parts of Oakland) on the Alameda County Board of Supervisors for multiple terms of office. She was a fierce and accomplished advocate for the elderly, children, the medically uninsured and others on the margins of society. Of particular interest to San Leandrans, Chan played a decisive role in saving San Leandro Hospital from closure by Sutter Health. At the time the hospital was the only acute care hospital with an emergency room in our city. Its loss would have been devastating to the community. Chan found a leverage point to convince Sutter to keep the hospital open and transfer its ownership to the publicly controlled Alameda Health System. It was my honor to work closely with Chan on this initiative. I offer my condolences to her family, friends and dedicated staff.
Post a Comment
Read more

Renewed call for mandatory vaccination by City of San Leandro

Dr. Tom Frieden, an infectious disease expert and former head of the CDC, stated today , "The latest Covid wave is receding in the US, but no one really knows what will happen next in the pandemic. Unless we get the nearly 70 million unvaccinated Americans vaccinated, we're at risk for future deadly waves." This is why I do not understand why the City of San Leandro has not yet established a vaccine mandate for all public employees. Government needs to lead by example. The only way to bring the pandemic under control - and ultimately make Covid-19 no more dangerous than the seasonal flu - is through mandatory vaccination. The virus comes in waves. Right now transmission of the virus is low in Alameda County and the Bay Area. That won't necessarily be the case in three months if we stall out on getting people vaccinated. If you want to hold a job at taxpayer expense, expect to be required to have your vaccines, including for Covid. It should be that simple. Please sh
Post a Comment
Read more
More posts